How lucky are we to live on a planet that offers us so many natural treasures? From the breath taking beauty of the great outdoors to charming crystals and gemstones. There is just so much to cherish about this fascinating world. One of the most valued elements on our Earth is the gold found within its very core.

Nothing is quite as luxurious, but what makes gold so valuable? And why is gold so desirable? Let us help you discover all you need to know about this magical metal.

a history of gold

Loved by many for thousands of years, gold has long been a symbol of wealth and prosperity, but where does gold come from exactly? One fascinating thing about this metal is its extra terrestrial origin story. Yes, that's right. Gold is literally out of this world, coming from outer space and straight into the earth's core.

Throughout history, gold has been considered valuable, often being exchanged as currency. The California Gold Rush played a crucial role within both the industrial and economic development of the United States, giving California the nickname 'The Golden State'. It caused the largest mass migration in US history with thousands travelling in search of new fortunes. 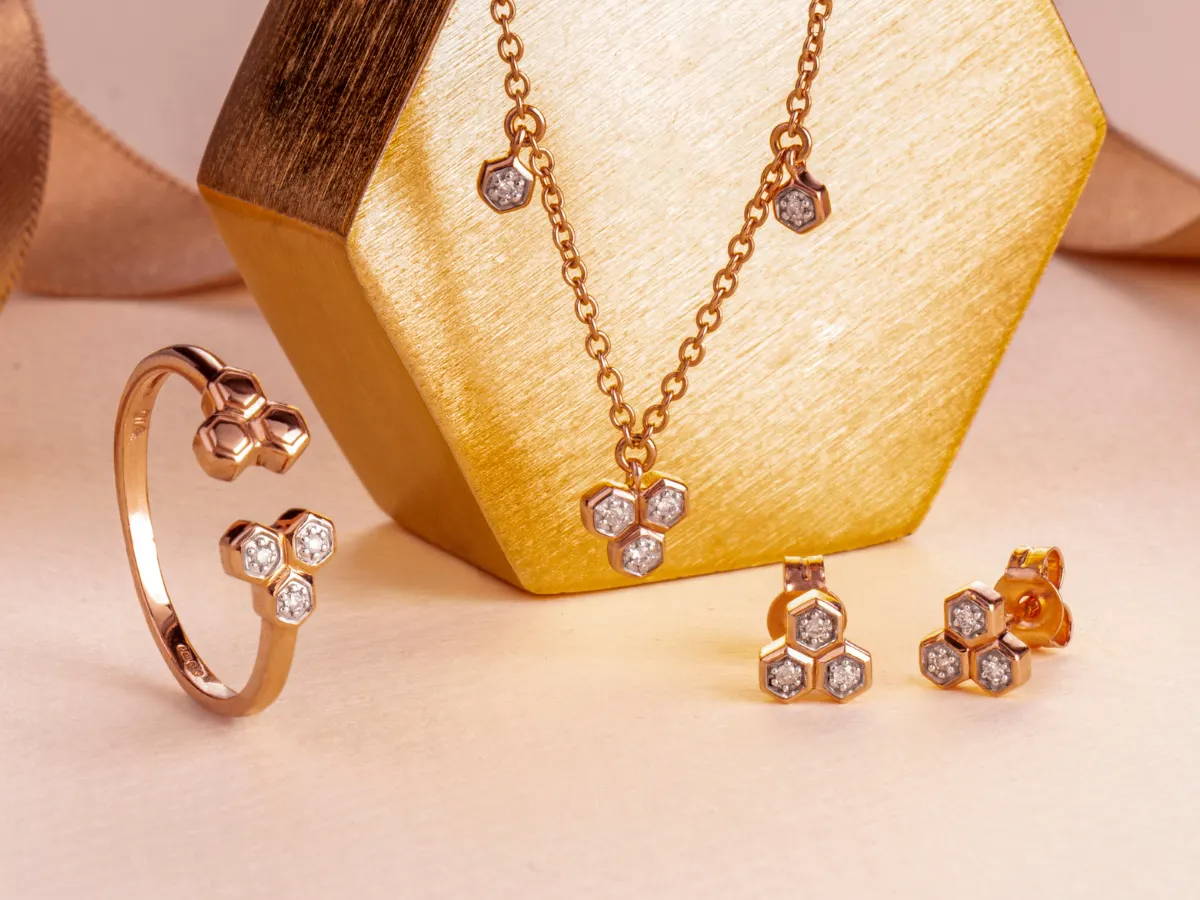 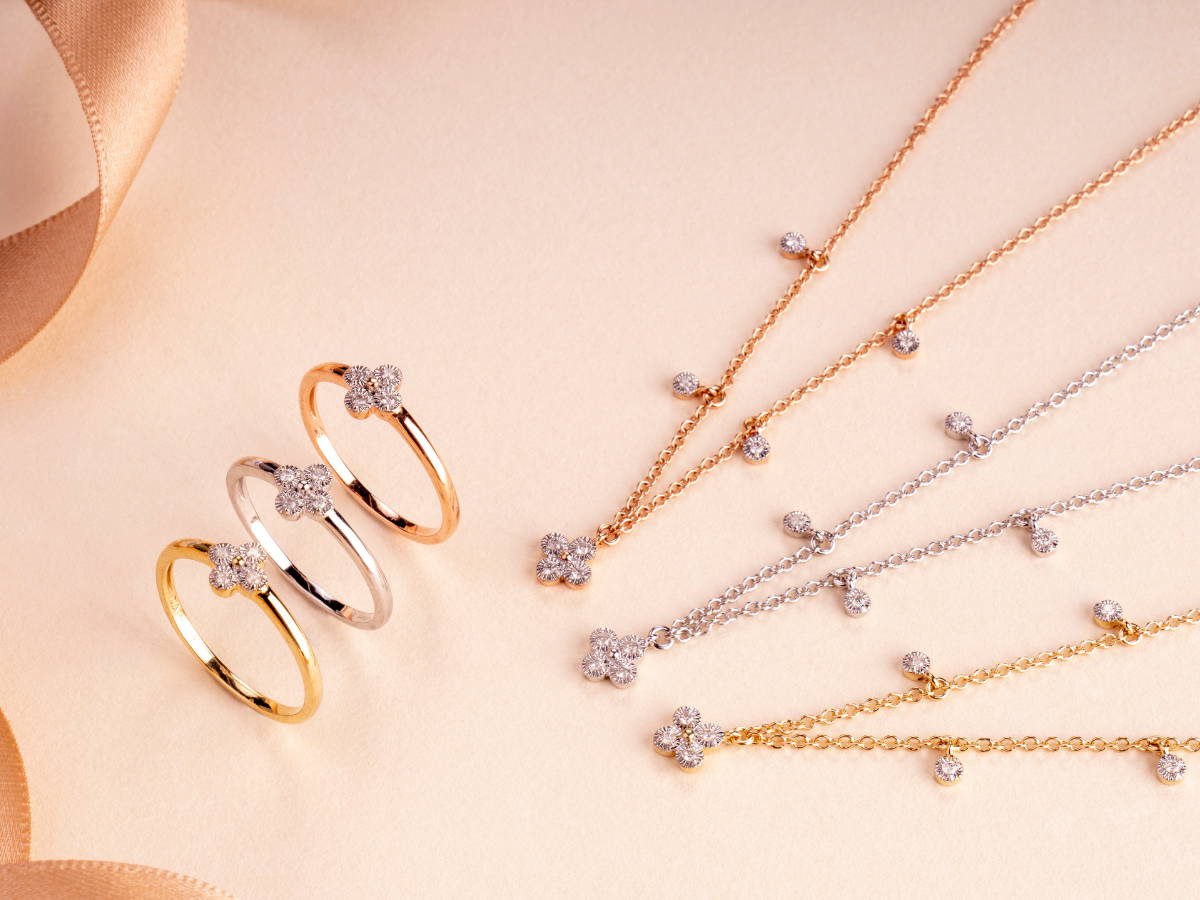 One of the many beauties of gold is the range of choice available, from its purity to its colour choices to fit all your style needs. Yellow, white and rose gold are all beautiful. White and rose gold are both alloys of gold. Each is combined with other metals to achieve different colours. White gold gets its colour from combining gold with metals such as silver. Rose gold achieves its pink tint with a combination of gold and copper metals. Find out more about Gemondo gold alloys here.

So how do you choose a gold colour that's right for you? Many like to let their skin tone guide the way. Warmer tones are said to compliment rose and yellow golds. Cooler tones are said to match white metals like white gold, silver and platinum. Mix your metals or stay loyal to just one colour, the choice is yours!

Some of you may often wonder what exactly is the difference between gold and gold plated jewellery. It all comes down to metal composition. Solid gold jewellery comes in a purer form with the number of carats in gold determining the purity of the metal (the purest being 24 carats). Much of our jewellery is 9ct gold, which is a reliable choice for everyday wear as gold is a soft metal.

Gold plated is a differing metal covered with a layer of gold. This makes gold plated jewellery far more affordable but gives a stunning golden glow. If you are looking for a bit of luxury that won't break the bank we offer both yellow and rose gold plated 925 sterling silver as an alternative. 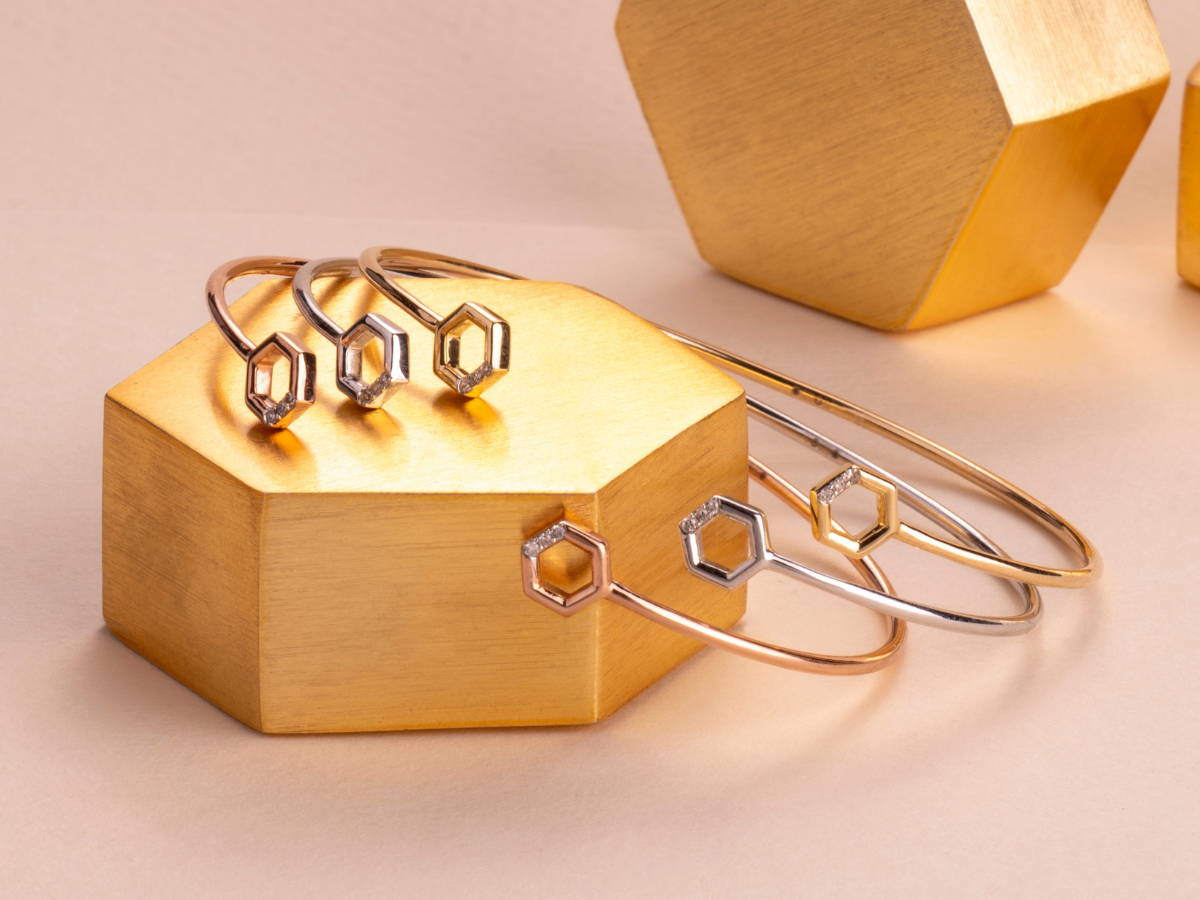 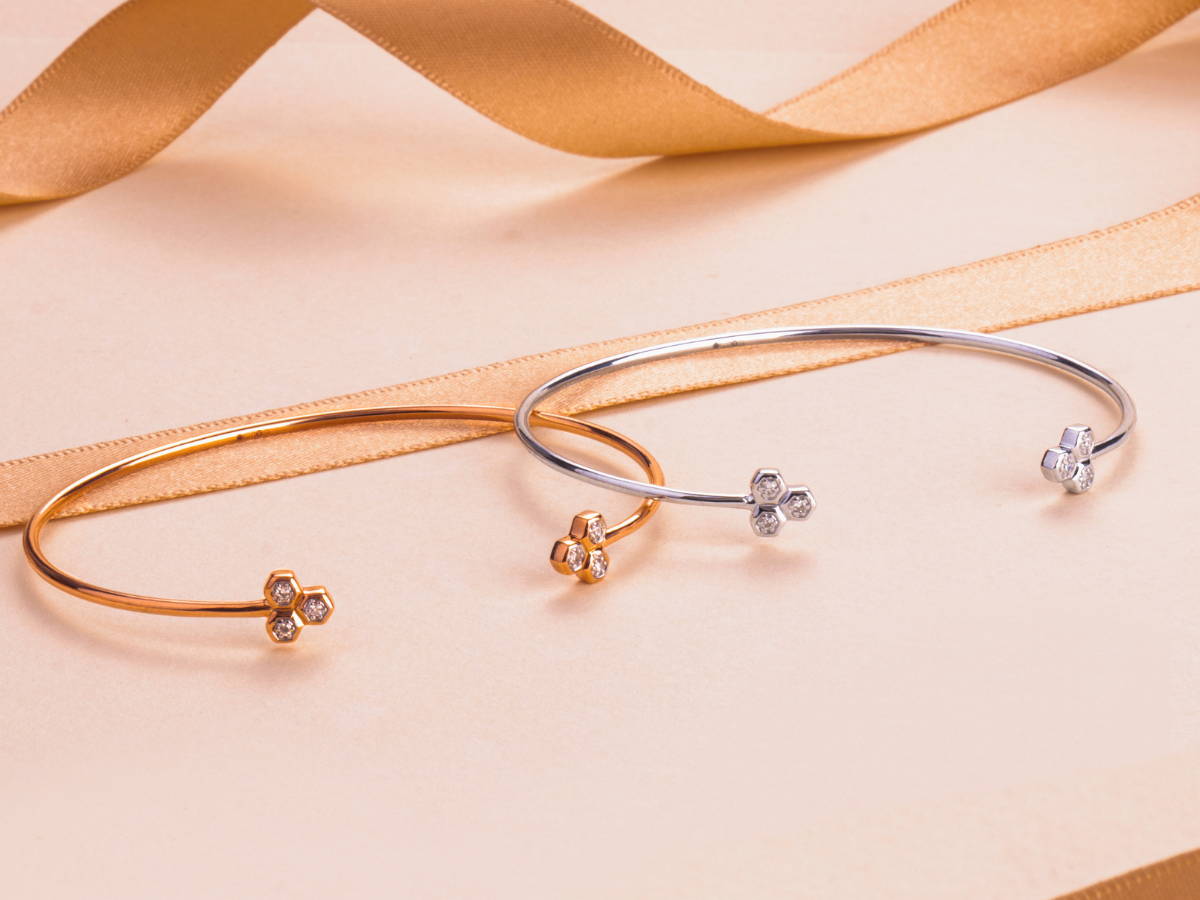 it's all that glitters

Since its discovery, gold has been an important part of society being used for many things, not just to look pretty. This long list includes the making of electrical goods, cosmetics and even within dentistry.

There's no denying just how special gold is. It's precious nature and long lasting wear makes it ideal for celebrating special occasions like engagements and anniversaries... Or just because you deserve it.

1. Can you really eat gold? As a matter of fact yes you can but only in small amounts and it doesn't absorb in the digestive process (what a waste!)

2. Gold is a chemical element. Its chemical symbol is Au and its atomic number is 79.

3. Gold is an effective conductor of electricity and heat meaning that it's not just really pretty but also useful in our everyday lives.

4. Gold is an international superstar being found in all seven continents. 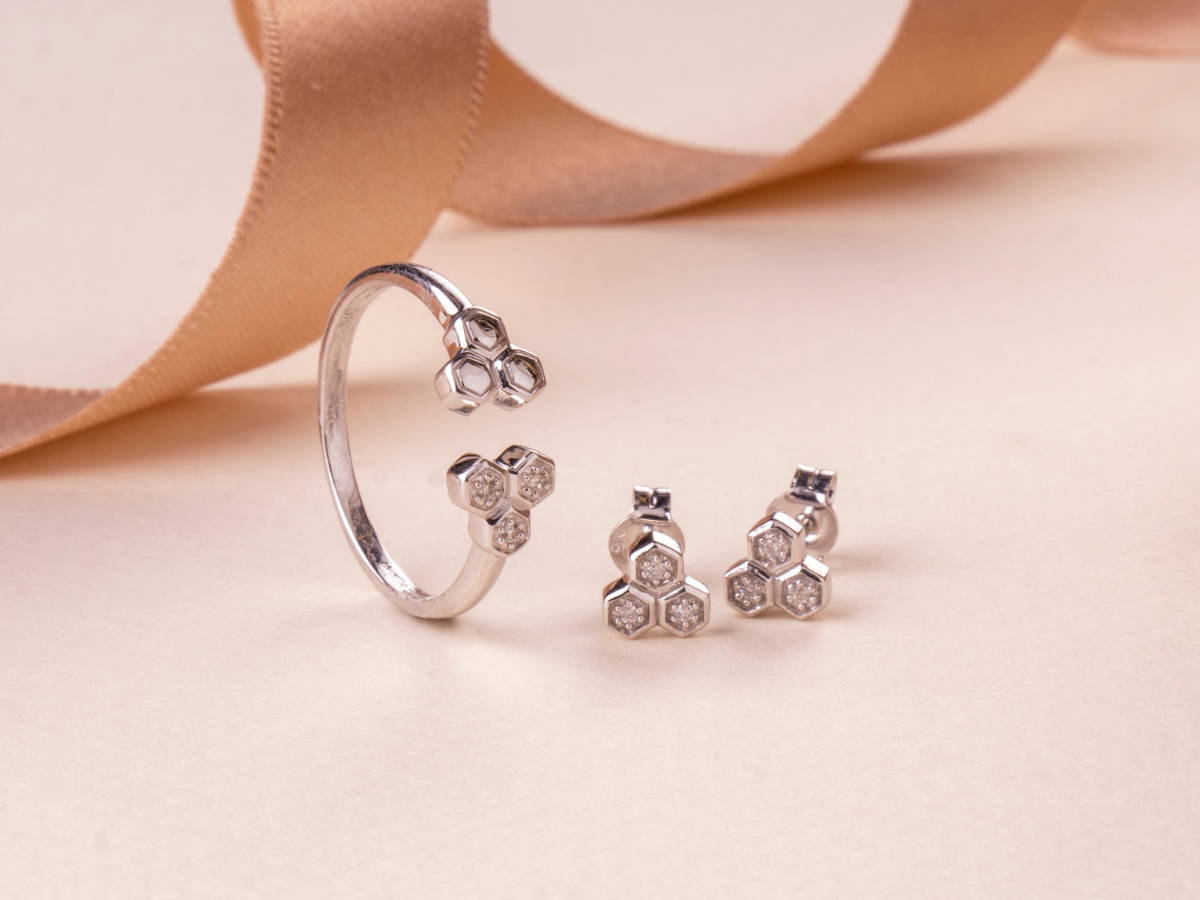 Looking for even more golden inspiration? Explore our range of ethically sourced and affordable gold jewellery.